The Club meets every Thursday lunchtime.


The Writers & Illustrators Club meet in the library fortnightly, every other Wednesday.  As well as some individual writing and entering competitions, the members also work together on team writing projects under the collective pen name of K. S. Aitken, which stands for Keswick School and in memory of Rosemary Aitken, a former pupil who left a legacy to the school library when she died.

The club have recently had their first novel, The Reader, published.  To purchase a copy of the book (£3.99) please email you order to helenrobinson@keswick.cumbria.sch.uk

Following some work on writing 100 word stories, one of the stories became the prologue of a full novel written collectively by the Writers & Illustrators Club.  It is about a book that develops consciousness and wishes to help its readers.  However, its frustration grows as reader after reader fails to spot what it is trying to offer them and it resorts to drastic action to make itself noticed.
The book is part historical fiction as it moves through time, being read by some famous people from the past on its way, and part fantasy.  17 writers worked together to produce the story under the pen name of K.S Aitken.  The K.S stands for Keswick School and Aitken is in memory of Rosemary Aitken, whom the school library is named after.
​The book can be borrowed from the school library or bought for £3.99 by contacting helenrobinson@keswick.cumbria.sch.uk
​Proceeds go back into the club to fund future projects. 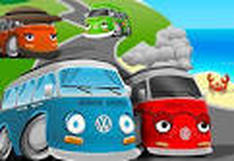 ANOTHER WRITING PROJECT
Following the success of The Reader, the club was approached by a local business to engage in another team writing project: a series of illustrated children's books linked to Rainbow Camper Vans.  These stories are along the lines of Thomas the Tank Engine, with each van having it's own story featuring an adventure taking place somewhere in Cumbria. 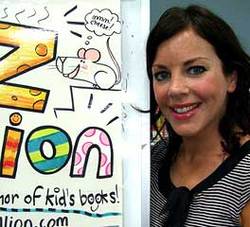 ILLUSTRATOR VISIT: On Friday 12th December we worked with  illustrator, Liz Million, to start the pictures for the stories.
The owner of Rainbow Camper Hire, Andrew Matthews (or 'The Van Whisperer') popped in to help with details to ensure the illustrations were accurate and the group learned some brilliant techniques as well as picking up some inside information on the world of illustrating books.